Created by Jordan Ross, Lindsey Rosin, and Roger Kumble
Based on the cult hit film by Roger Kumble

Enter the manipulative world of Manhattan's most dangerous liaisons: Sebastian Valmont and Kathryn Merteuil. Fueled by revenge and passion, the diabolically charming step-siblings place a bet on whether or not Sebastian can deflower their incoming headmaster's daughter, Annette Hargrove. As the two set out to destroy the innocent girl, and anyone else who gets in their way, they find themselves playing a perilous game with only one rule: Never fall in love. Based on the hit 90’s movie, Cruel Intentions is driven by a score full of the era’s top hits from Christina Aguilera, N-Sync, No Doubt, Boyz II Men, and more. The production promises a heavy dose of nostalgia with a modern twist that will be nothing short of the perfect blend of sinister and sexy. 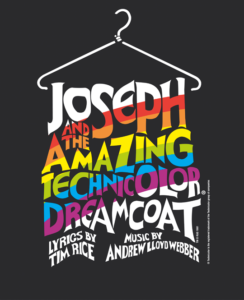 Joseph and the Amazing Technicolor Dreamcoat (2022)